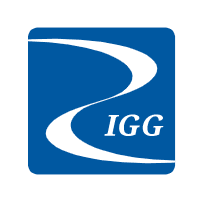 If you’ve been diagnosed with gastroesophageal reflux disease (GERD), you’re also at a higher risk of developing Barrett’s esophagus. Left untreated, this condition may increase your risk of esophageal cancer. At Illinois Gastroenterology Group in Oak Lawn, Oakbrook Terrace, and Palos Heights, Illinois, the expert team specializes in the treatment of Barrett’s esophagus. To make your appointment, call the office nearest you or request an appointment online today.

What is Barrett’s Esophagus?

What are the Symptoms of Barrett’s Esophagus?

The symptoms of Barrett’s esophagus are similar to those associated with GERD. Telltale signs include:

As the condition progresses, you might also experience respiratory problems.

Does Barrett’s Esophagus Increase My Risk of Cancer?

Who Gets Barrett’s Esophagus?

Anyone can develop Barrett’s esophagus, but there are certain factors that increase your risk, including:

You’re also at a higher risk of developing Barrett’s esophagus if you have a family history of the condition.

How Do I Know if I Have Barrett’s Esophagus?

The team at Illinois Gastroenterology Group typically diagnoses Barrett’s esophagus using an endoscopy. During an endoscopy, your provider sticks a thin tube down your throat that features a small camera. If your doctor notices any unusual growths, they can remove a tiny piece of esophageal tissue for a biopsy.

After retrieving your sample, a pathologist observes your cells under a microscope. Your tissue might fall into one of three categories:

“Dysplasia” is a Greek word that translates to “bad formation.” The type of dysplasia you have correlates to the number of precancerous cells in your biopsied tissue.

What Determines the Best Treatment for Barrett’s Esophagus?

The treatment for Barrett’s esophagus depends on the severity of your symptoms. If you have no dysplasia, your doctor might recommend preventive checkups once every year. On the other hand, if you have low dysplasia, a surgical procedure to remove precancerous cells may be necessary. If you have high dysplasia, your Illinois Gastroenterology Group provider might recommend destroying your precancerous masses with cutting-edge treatments such as cryotherapy or photodynamic therapy.

If you suffer from frequent heartburn or acid reflux, you may also have Barrett’s esophagus. Call or use the online booking tool to make an appointment today.